Essay one Truth and Landscape 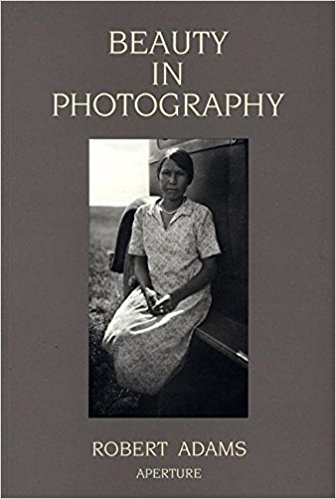 Beauty in photography is a book of short essays by photographer and author Robert Adams, written as claimed in the inside cover by the quiet voice of a working photographer, artist and craftsman who has long thought about his endeavour.

In the first essay “Truth and Landscape” Adams comes to grips with the fact that people who once went out into the landscape and proudly had their picture taken are doing this less and less, he thinks that we are turned away by the way the human being is spoiling the landscape

“Admittedly scenic grandeur is today sometimes painful”, “an overlook from which one could see ducks and wild swans and miles of gleaming bay – were scattered with hundreds of empty liquor bottles”  (Adams 13)

Adams speculates that the places we visit are no longer true to the image we have of them that the reality is somehow marred by the way we have damaged the countryside, he asks “Is it possible for art to be more than lies” (Adams 14)

He speculates that landscape art provides a way of enjoying places we do not know while it insulates us from the realities of human detritus, He says “Although we are not as naive as we once were about the accuracy of the pictures, we continue to value them initially as reminders of what is out there” (Adams 14) He also points out that “if landscape were only reportage, however, it would amount to an ingredient for science which it is not“.

Adams continues to point out that “something in the picture tells us as much about who is behind the camera as about what is in front of it” (Adams 15) he speculates that “the photographers individual framework of  recollections and meditations about the way he perceived that place or places” affects the resulting image and that “making photographs has to be a personal matter; when it is not, the results are not persuasive“.

My take away from this essay was that for an image to enguage with the viewer and to make them want to look at it there has to be some of the photographers personality and style in it, dare I say their voice, this plays well alongside the writings of Roland Barthes, which were much debated in the previous module IAP, I would go further in speculating that the image not only needs to have something of the photographer in it but it needs to play to the punctum of the viewer, which we know we cannot plan for.