From his web site:

Fabrice Fouillet lives in Paris and works in France and abroad. After university education (Sociology and Ethnology), he studied Photography at The Gobelins School in Paris. Since 2004, he has been collaborating with advertising agencies and magazines in the areas of Architecture ans Still Life. His personal research aims to explore the notion of identity and the close relationship of men with their environment. He participated in group exhibitions and international photography festivals. In 2013, his series on new places of worship, “Corpus Christi”, won the Sony Awards in the category « Architecture ».

Fabrice Fouillet has created several what his website calls series, these fall into the category of typology and are exciting examples of the genera

In this series Fouillet sets out to document modern church design, his images are carefully constructed to place the alter straight on and at the bottom of the image to symbolise the link between God and the church. He has taken all of the pictures so that the height of the church dwarfs the alter which also seems symbolic of the power of God. These images remind me of the David Power book Mass that I bought and read in my first module where Power had taken pictures of the mass in churches in Poland and accompanied each with a picture of the offertory slot.

Each of Fouillet’s images is different, but all of them seem similar in the way that the best typologies do. 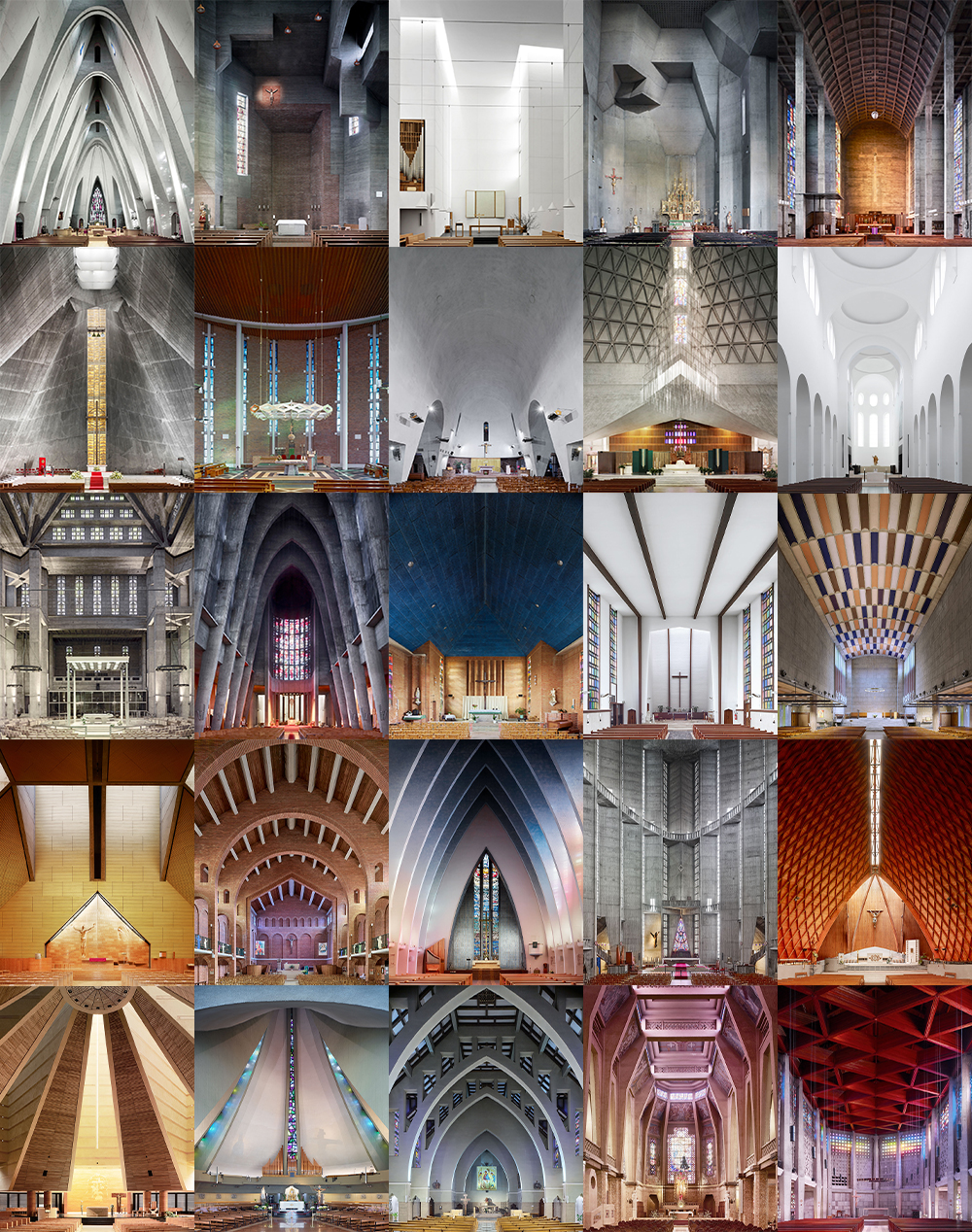 On a trip to Keiv to photograph a monument Fouillet was drawn to the barricades that had been set up, he arrived on the day after the overthrow of President Viktor Yanukovych in the Ukrainian revolution of 2014.

This series demonstrated to me that it is possible to use all sorts of landscape features to create a typography. These hastily made walls may look like piles of rubbish, but they define the nature of the conflict that has just occurred and as features of the landscape even though temporary they also define the political landscape of that moment as the Ukrainians fought to get a treaty signed with Europe to the displeasure of the Russians. 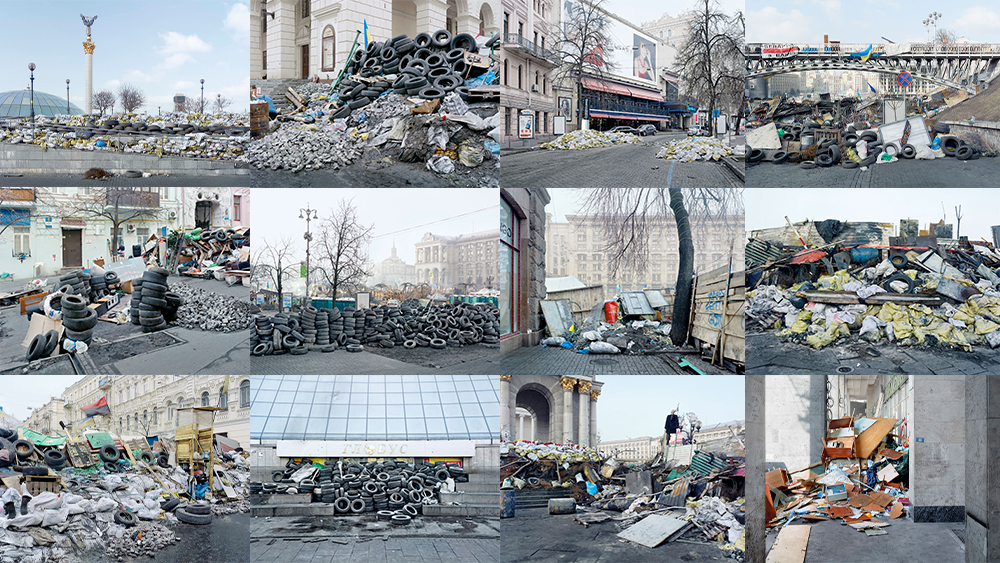 Fouillet was intrigued by man’s need to build colossal statues to preserve the memory of an event, a person or a piece of culture.

He admits that while the hugeness of these structures is appealing the thing that intrigued him was the human need to build them. This lead him to the idea of how the landscape could accommodate these edifices.

This piece of work fascinates me as Fouillet is exploring the landscape and how it accommodates such massive structures, this is similar reasoning to my thinking about the effect of fast food outlets on our landscape. 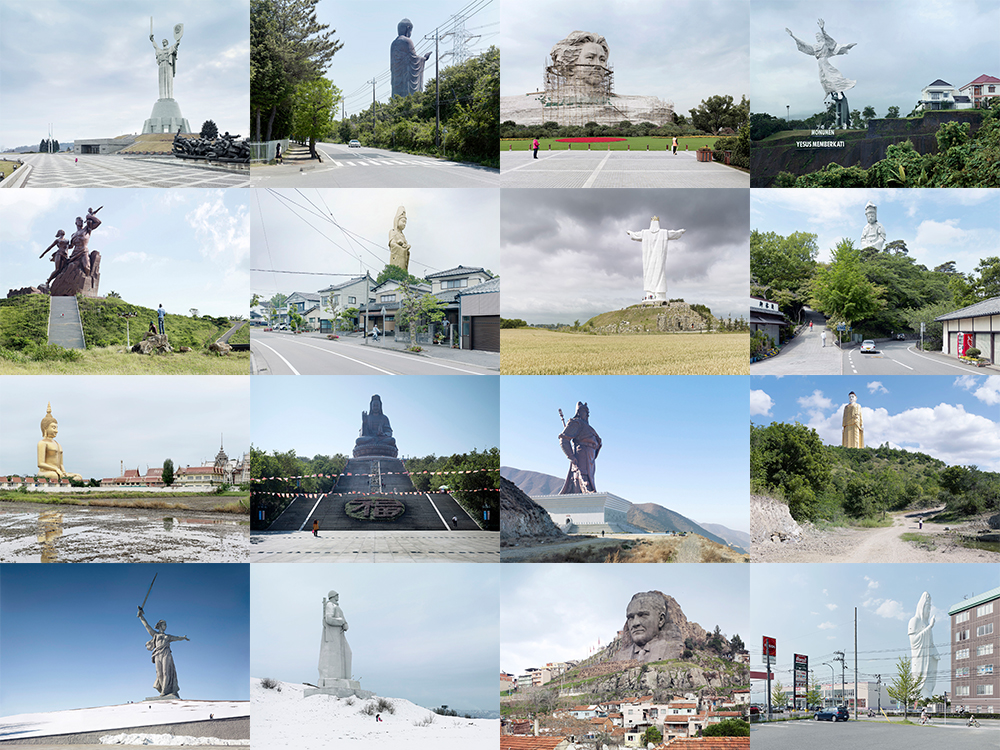 This work shot in Hong Kong was conceived because of the shortage of space available to the architects. It is a dense city where the only option was to start building up since there is a high demand for habitation it has led to some very packed architecture where all the homes malls parking lots etc. are all crammed together.

This work again looks at the effect of human development on the landscape and adds more fuel to the debate over my A5 assignment. 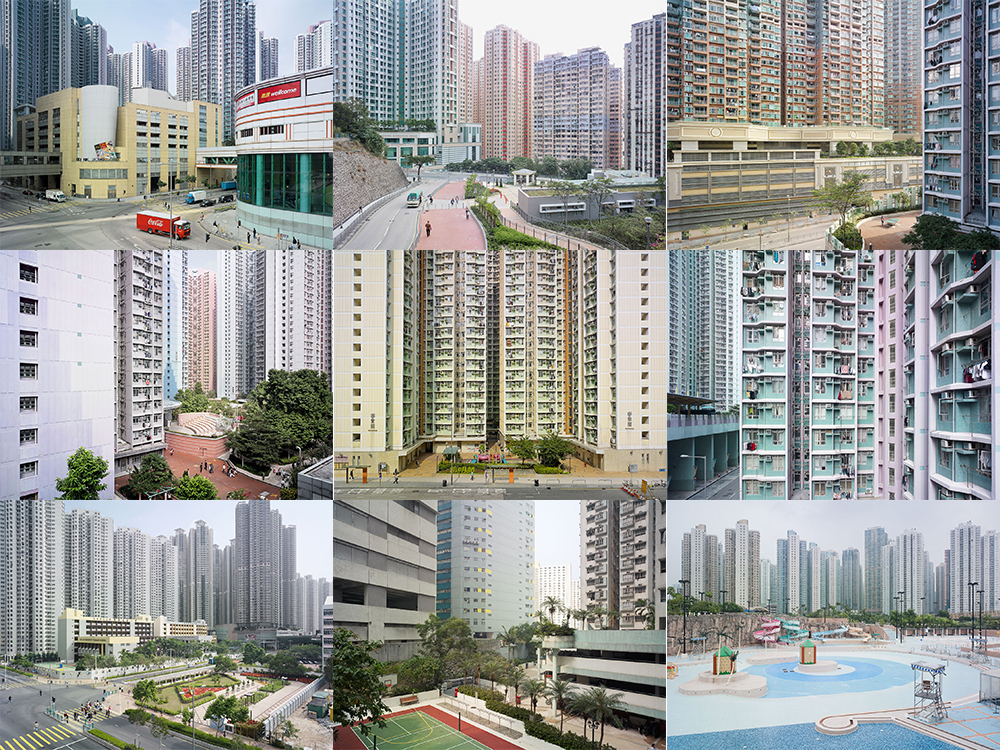 Eurasism is a study of the new capital city of Kazakhstan. The city of Astana is a symbol of the fresh start the country has after the decline of the Soviet Union. The old capital Almaty has now lost its status as a capital.

This series while powerful does not work so well for me looking at influences for my assignment, it is more of a documentary style of work and is not a typology. It is, however, useful to look at this work when considering my own as this shows me how my series could not work together if the subjects are too diverse and do not appear to have a strong connection with each other.

The thing I have learned from looking at the work of Fouillet and especially this series is that a typology must have a visual similarity that connects all of the images like the water towers, but each image must also have elements that separate it from the others in the series. For instance each of the water towers in the Becher’s work is a different shape they are all obviously water towers, and they share a similar configuration. The frame house series by the Becher’s highlights my point more acutely as each one looks like a repeat of the others and it is only by close examination that it becomes apparent that each house has a slightly different configuration of beams I always have liked this image as it highlights the practice of typology.

If I want my series to be successful I need to shoot different restaurants but they need to hang together as obviously from the same family or type so that the viewer associates them together. 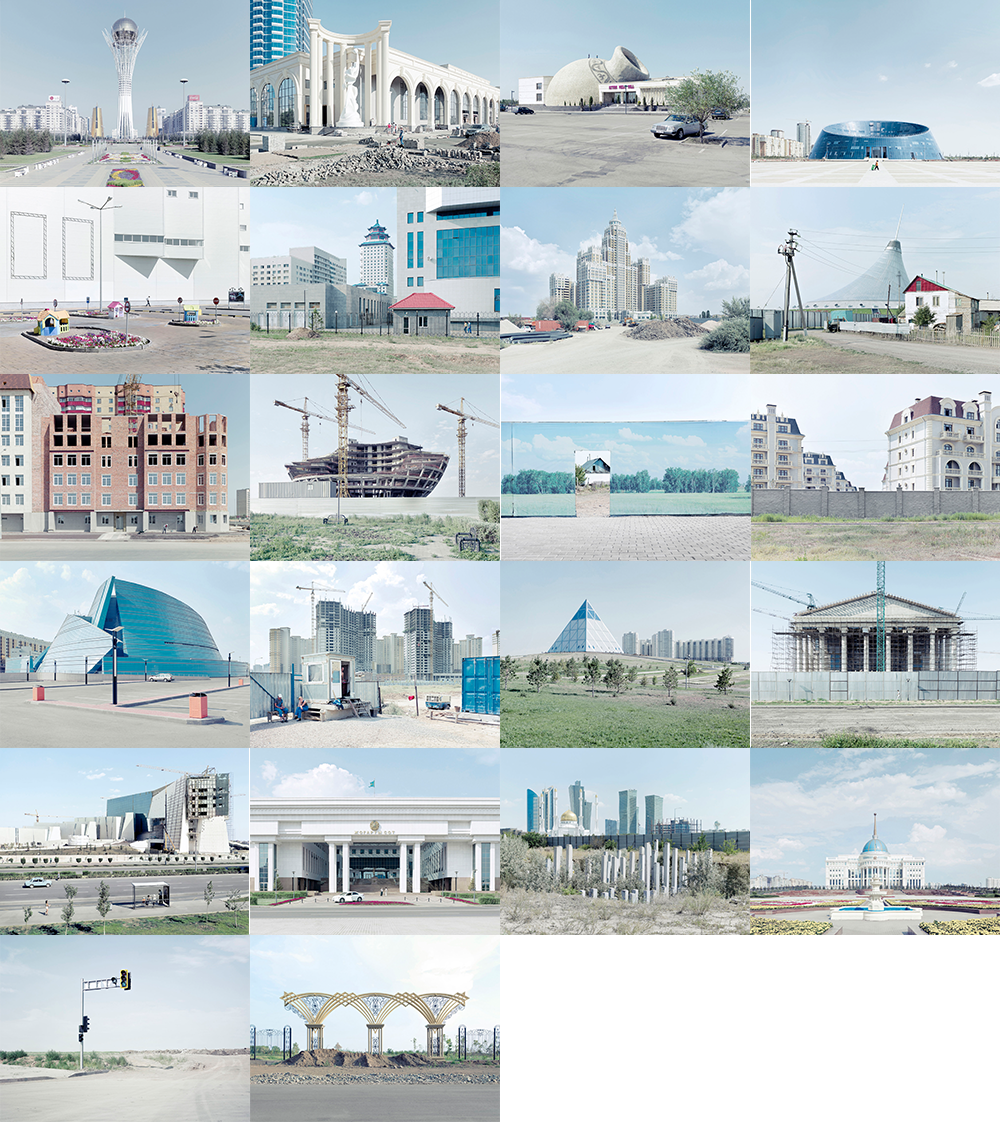