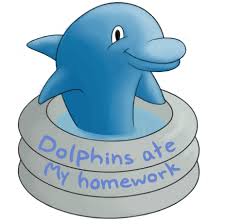 In response to an excellent assessment call with Russell and the ensuing feedback report, I have made some changes to this assignment I have cut back some of the images as he suggested and also reshot the ones he asked me to the result is a much cleaner set of images which I also re-cropped as he suggested to reflect the aspect ratio of the drone and the google search screen captures the result I found to be quite pleasing.

I went back to the site of the first image at the beginning of the line and re-shot the image I managed to climb on the railing to be able to look over and shoot the tack now grown over but marked by a power line.

I removed image eight the shot of the Ash Green Halt under the bridge and I removed the image of the bridge sign that was number eleven as it did not fit with the aesthetic of the rest of the set.

With these edits complete I re-cropped all of the images to a ratio that turned out to be 20:9.3 this is a crop factor that comes from a widescreen capture of a google earth screen. In my discussion with Russell, we decided that cropping the images to this ratio would continue the feel of the google search, which was a big part of the research and investigation for the assignment.