Write 500 words in your learning log on a piece of work by one contemporary artist-photographer who uses the archive as source material. You may focus on any artist you wish here but you may wish to select either: 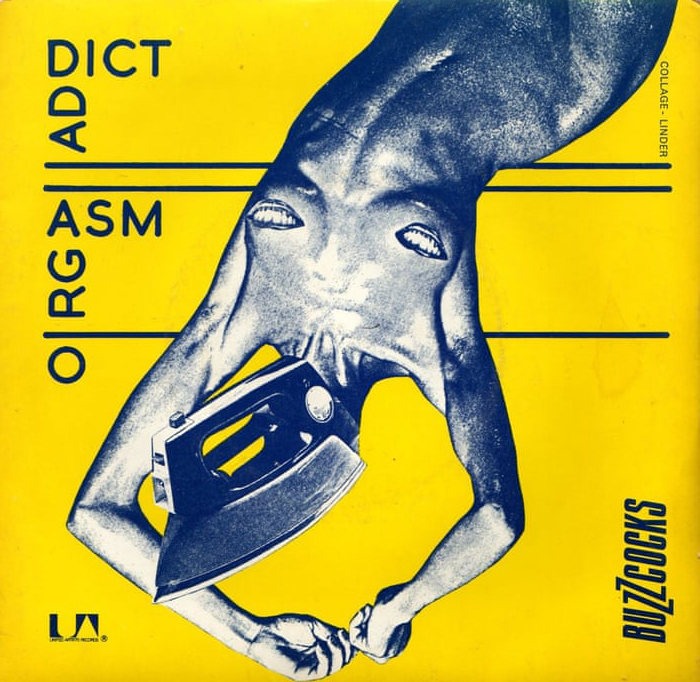 Linda Sterling was born in 1954, she claims to be a product of the Punk Rock era, and states that her work was inspired because she was so bored of her art when she was in college.

Her work is rooted in Dadaism. She took images from magazines and just started to cut and paste her collages. Most of her work has a staunch feminist stance she stated in one conversation with the BBC that she had a collection of just about every fetish and perversion you could imagine.

I decided to look at a piece she did for the band the Buzzcocks for their single orgasm addict, a song designed to shock as much as it possibly could in the 70’s when you could not say the word orgasm on TV and especially before the watershed. It was the B side of the Buzzcocks first single and was immediately banned by the BBC. Interestingly it is the only single that Buzzcocks singer Pete Shelley later said “is embarrassing. It’s the only one I listen to and shudder.”

Sterling says that the image was created using an image of an iron taken from an Argos catalogue and the torso from an issue of Photo. She claims to have never gotten the rights to any of the images. She says, but it’s ok because no one noticed.

The image itself portrays a naked woman whose head is replaced by an iron and whos nipples are covered by open human mouths. The image is oddly sexual and very rough and raw in the same way that punk rock music comes across. It is the perfect image to accompany a song designed to have such a high shock value.

The image was rendered in blue because the record company insisted that the single sleeve could only be printed in two colours. Oddly this monotone blue on yellow is very synonymous with the punk rock genre where colours were designed to make you feel a little sick or in some cases to stop you being able to read the text. I still remember trying to read the inner cover of a Toyah album printed pink on light blue, an impossible task.

If we step back from the obvious punk rock vibe and the fact it was a Buzzcocks single cover the artwork itself is very similar in style to the work of Hannah Hock and her fellow Dada artists. This style of collage has the tendency to shock, which is presumably why it worked well in the punk rock world.

This type of collage and similar examples from the Dada period have a feel of Frankenstein’s monster all stitched together from parts, often making the final image rather grotesque.

Artists such as Annegret Soltau went so far as to stitch the collages together with cotton making the images look more like a scene from a Frankenstein movie.

I am not sure how an iron and a pair of snapping mouths make these images feel quite so sexual as they do but maybe its conditioning growing up as I did through the punk era of the ’70s.