During my Tutor feedback for assignment 1, my tutor remarked at how much she liked my comic book style submission for exercise 1.3.

The piece was reminiscent of the comics of the ’70s and ‘80s such as Jakie and the controversial Star Trek work of John Byrne. 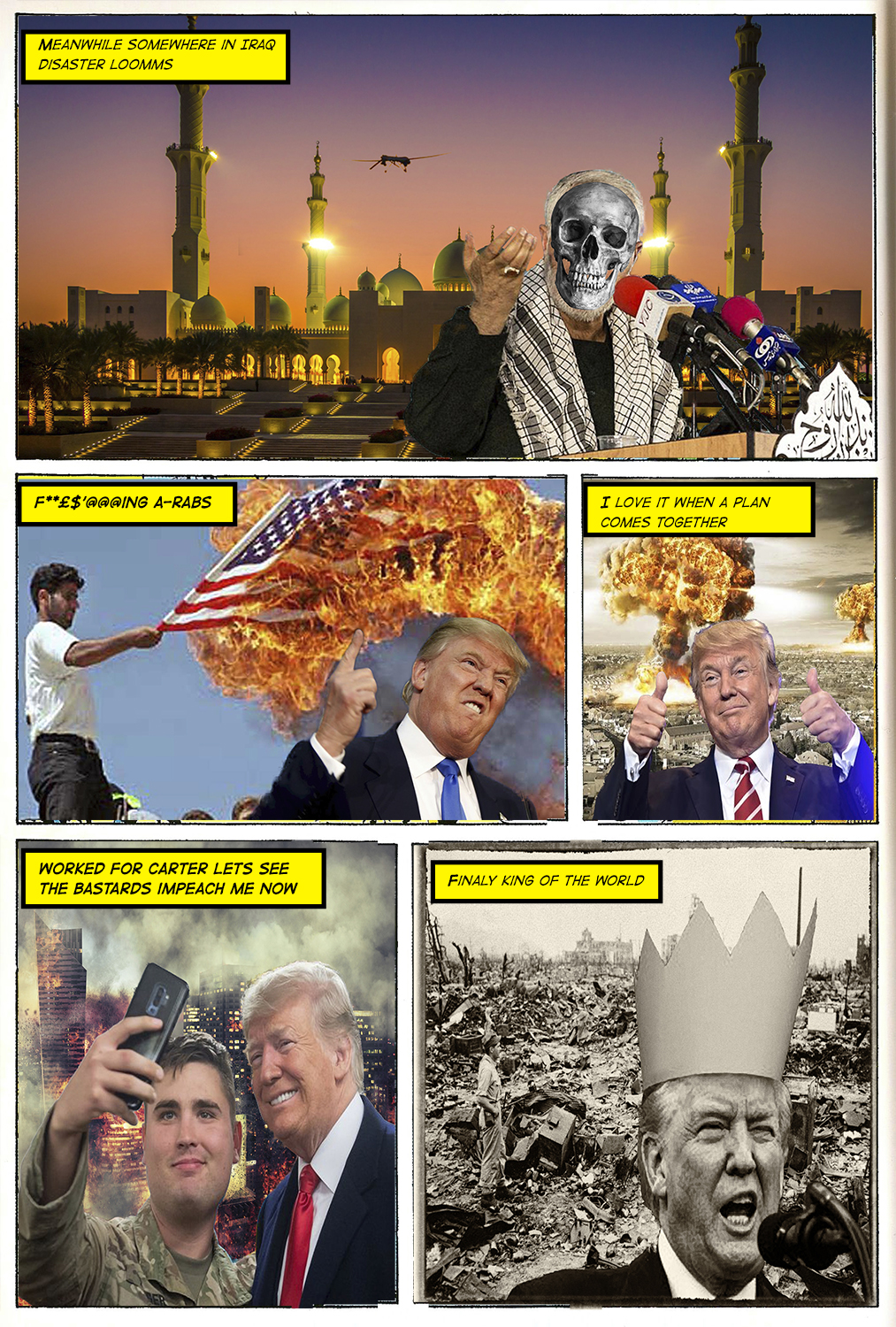 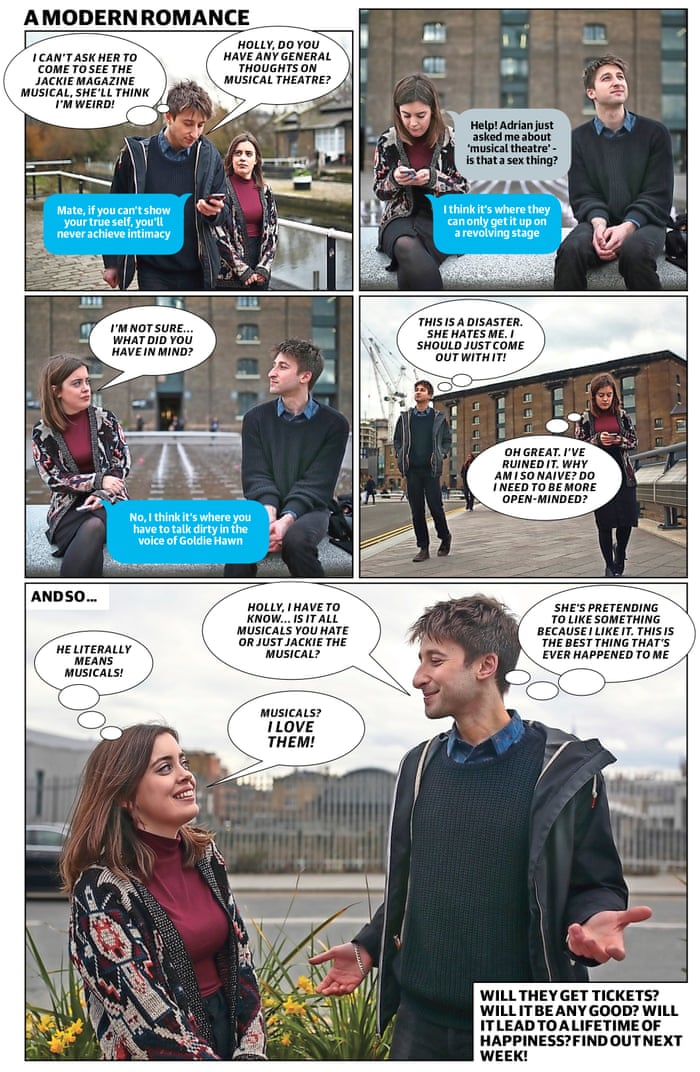 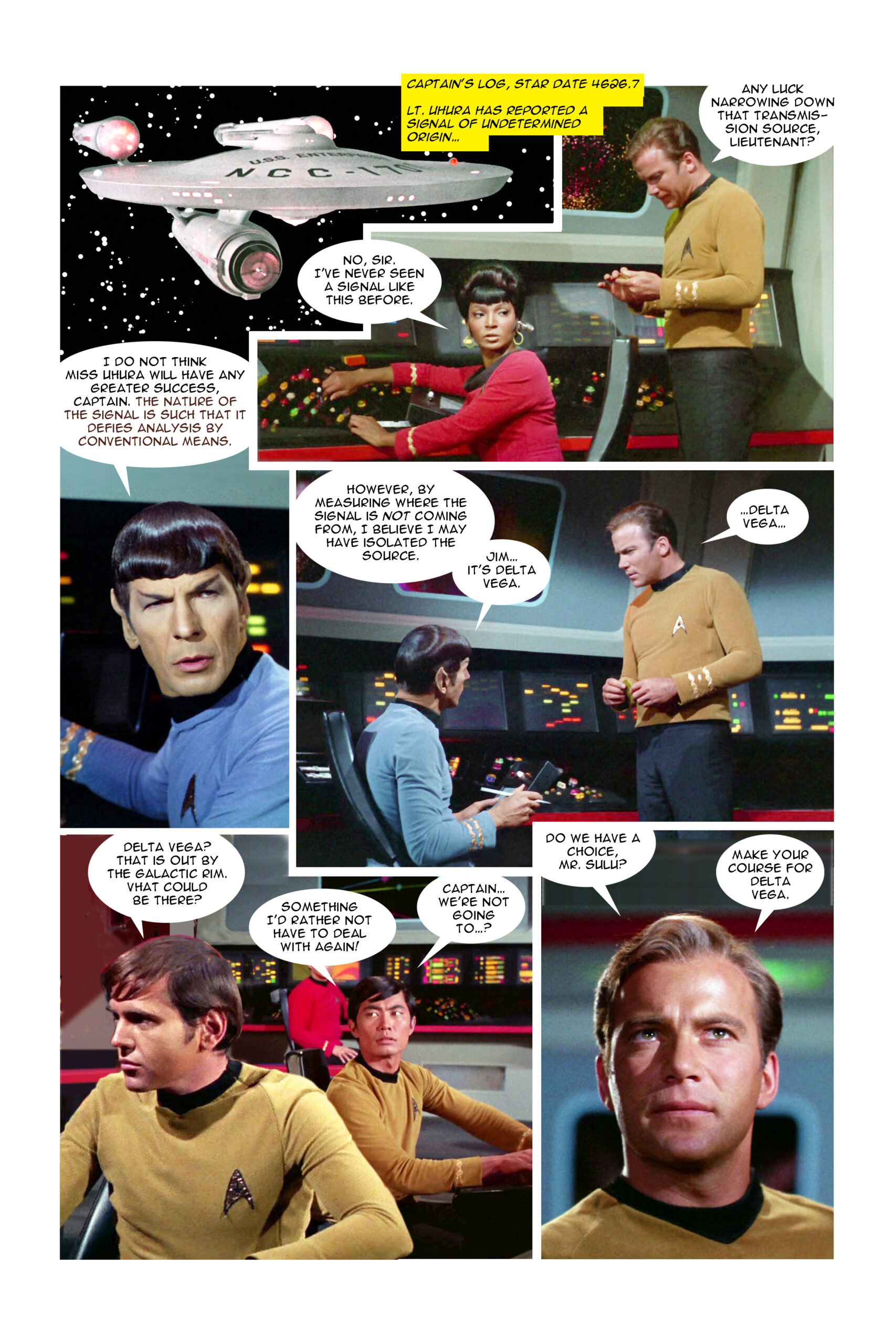 John Byrne has a long-standing reputation as a comic book artist he worked on the Chris Claremont run of the X-Men and has reputedly tackled just about every character in the DC and Marvel universes.

In 2014 he started a four-year project called Star Trek New Visions a photonovel which repurposed images from the original series and manipulated them digitally to fit his new story. 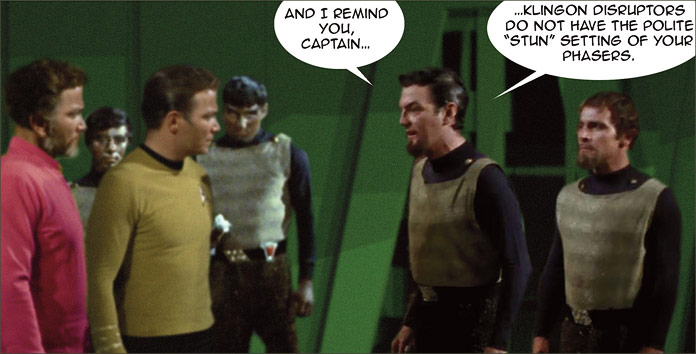 John Byrne uses a bizarre technique that looks like nothing else on the stands today. He takes high-resolution screen captures of the Original Series and uses the actors like puppets, compositing them into new situations to tell new stories. These photo comics are not anything new the Italians call them “fumetti” and have been creating them since the 1940s. Unlike fumetti which stages the scene specifically for the story in his work Byrne was limited to the sets filmed for the original show. So unlike fumetti, where the actors would pose for the scene, Byrne would find images of the characters he needed from other episodes and cut and stick them into the scene to create a new story.

When I read up on this, the comic critiques seem to be angry with him for dropping his pencils and doing this, but I find it rather fascinating and very in-keeping with the work I have been studying. Byrne was very clever as he used the cast the original film gave him and where he needed another person he would either photograph them or find a forgotten extra with enough useful angles to incorporate them in the plot. He often ended up transplanting the head of one actor on the body of another to get the scene he wanted.

So back to my assignment having gone off on a rollercoaster of research trying to be more academic in researching comics, I find a comic master creating photomontage images that are not dissimilar to my own work. I mean I am not creating Fumetti or even comic books at the moment, but the work I have been doing blending photoshop, 3D modelling and photography certainly fall in line with Byrnes work. I spent a stupid amount of time trying to find a story to tell in this style and in the end, the answer to my problem is simple. More about that in the next post.