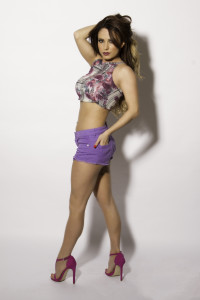 I Used the image of Shellie to do this exercise, I wont post all of the sharpened images as the output is totally different on screen rather than in print.

So my methodology was to create a file and put a series of image layers of the same image then sharpen each one a different amount, applying the sharpening to only one layer at a time.

I printed each one at 15cm by 10cm and compared them.  to be honest I was stunned how little the difference was on the prints, the digital pictures looked awful but even the 200% looked ok. In fact it was quite hard to see a difference. I wondered two things firstly was it the Nix software not being very effective or was it the size of the prints.

I tested the first theory first, and sharpened a new series in photoshop using the smart sharpen function as it was the only one that has any settings.

The results were actually different though subtle on the screen the ones over 200% looked appalling, on paper they were not so bad, though the highest ones stated to have a double edge on the arms and tummy.

So the results were as follows:

Nix 66% – difficult to tell it from 0% a little more sharpness in the face.

Verdict on Nix it works and is really subtle, maybe that’s good as you really don’t want it to look sharpened, I think that if I were doing this for real I would play with Nix and some of the other settings it set for me when I defined the output type.

Photoshop 33% – Obviously sharpened but it looks good nice and crisp

Photoshop 200% – Looks good still but the fringe is evident now

Photoshop 500% – At this point I am starting to feel like I have double vision due to the fringing.

My conclusion is that the best results were the 33% and  66% Photoshop ones depending on how subtle the adjustments needed to be. I printed them out at A4 and this showed me that the choices I made from the smaller prints were correct though it did not seem to amplify the effect of the sharpening.