Today I went to Aldershot for the start of the Sunday Market, I parked my car on the outskirts and walked across to the market, I found a group outside the Library, after taking some real time plucking up the courage a went up to a group of men on the benches outside the Library. Their first reaction was one of suspicion, I had not realised the effect that the rise in racism and anti Nepalese sentiment had had on them. They were worried that I was trying to show how crowded Aldershot is with immigrants. Once I explained that I was doing a degree and I wanted to take nice images of them, their attitude changed, they were the most lovely people I have ever met and could not have been more helpful. I spent all morning walking about asking people if I could take their picture, to which almost everyone responded positively, one old lady demanded that I take hers, she was so sweet.

I was thinking about the August Sander work at this point and decided that I would take very similar images of each individual, doing a street portrait rather than Street photography. In each case I isolated their head and shoulders against the background in a style similar to the ideas of Irving Penn.

I was so happy with the final results I edited them down to nine images and presented them as a typography: 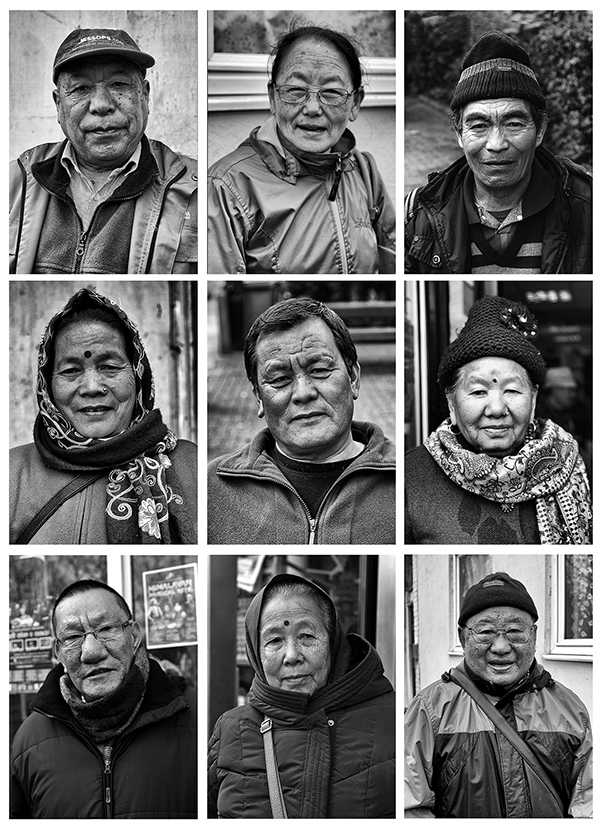 The final results can be seen here: Assignment 1 the Non Unfamiliar

The story of the development of the assignment is here