I occurred to me that I am supposed to record the things I learned when doing this module, well this is something I refreshed rather than learned but it is a very important part of the technical side of studio photography.

In the past I have like many people relied on the wonder of digital photography’s ability to use trial and error, however it seemed to me that we did not do that in the days of film and that I was loosing something of the skill of a photographer by doing this.

What I am talking about is bracketing the exposure and tweaking the lights and keep re-shooting until the lighting is perfect, what set me off on this quest was watching a video of Andre Serrano working in Cuba with his trusty Hasselblad medium format film camera. He was spending a lot of time with a light meter doing calculations then taking a polaroid the measuring again and tweaking the settings until he was happy before exposing the film.

I had been taught to set up my desired exposure often 125/sec at somewhere about f16 (I later discovered the was because the studio I learned in had 1200W flash heads I have 300W Flash heads) then to adjust the lighting until the right balance was had to paint the light where it was desired. Then take an image and adjust the aperture until the result was perfect.

This does work and many photographers do it this way, I however am doing a degree which is meant to be about learning so I decided to refresh my knowledge and use a light meter. I am very lucky to have a rather nice Sekonic light meter which is also a spot meter, I bought this for black and white film work to help me use the zone system.

So this is what I learned:

First my set up: 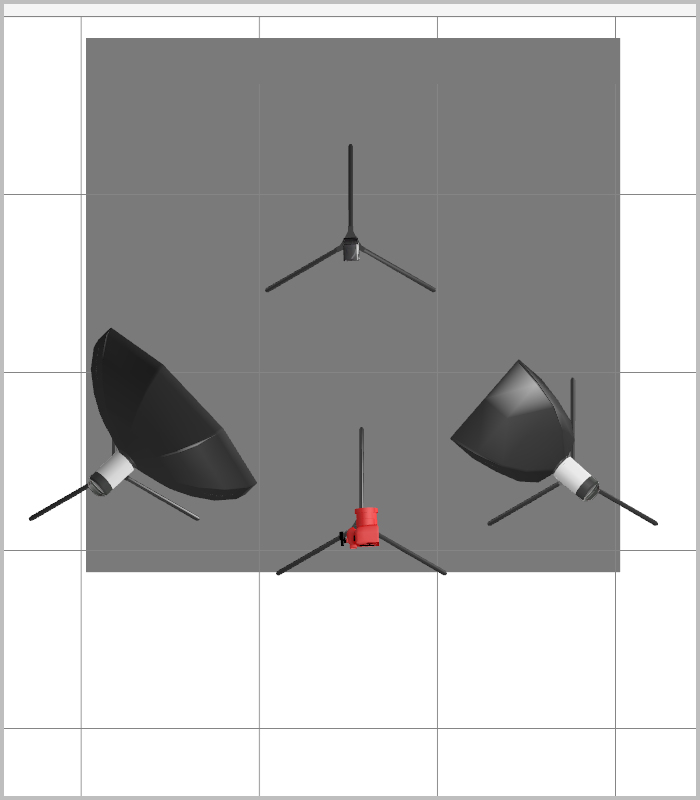 The setup consists of the lights to be metered and my light meter mounted on a stand where the model should be. Here is a 3D render of that, please excuse the use of a speed-light to represent the light meter but there is no light meter on a stand in the tool box in Set A Light: 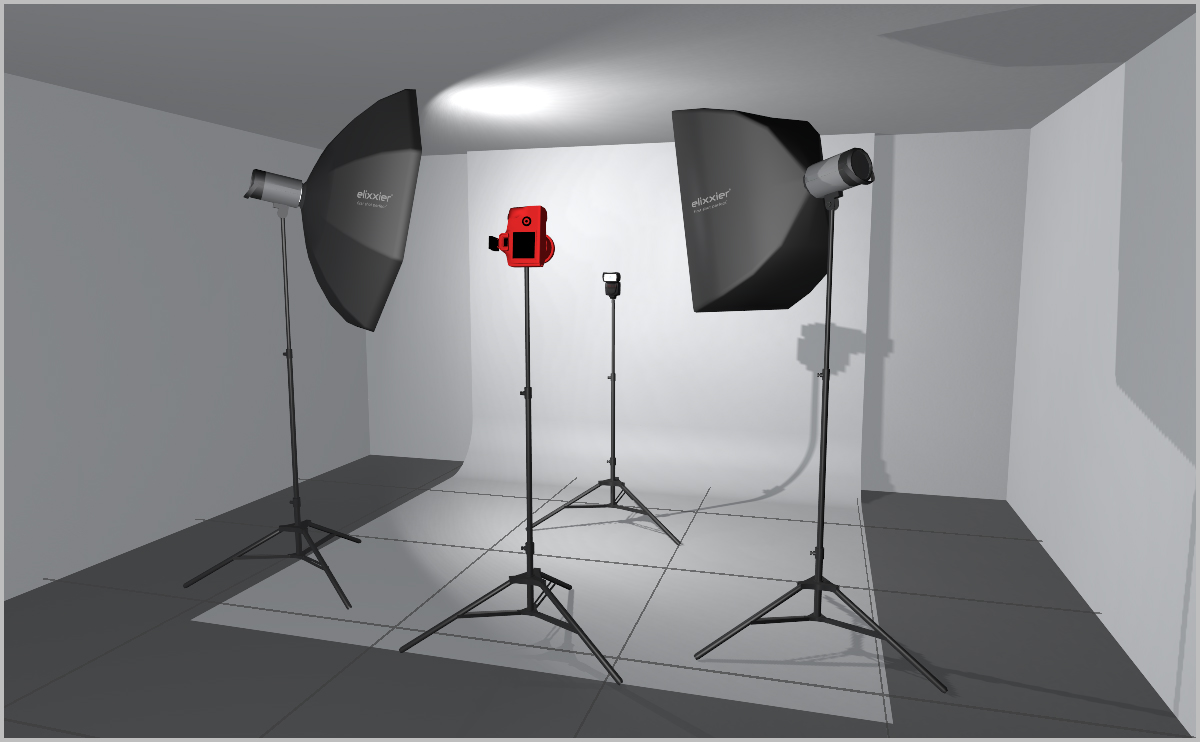 The light meter was set to take a reading when it detected a flash, I started with the key light and switched off the fill light, stet the power of the key light to about 50% and took a reading.

Lets assume it read f5.6 at 125/second, I now have to decide what ratio I am aiming for, lets say we want a 4:1 ratio so we get quite a difference. From the chart I posted earlier I would need a 2 stop difference between the lights to acheive this, so the fill light would need to give a reading of f11.

I switched off the key light switched on the fill light and again tested the flash, if the reading is not f11 the power must be adjusted up or down to bring the reading to f11.

Sometimes the light can be switched down to minimum power and it is still too bright to get a reading of f11, in this case you must either increase the key light so that it is 2 stops brighter than the eventual reading of the fill light or you can move the fill light back and rely on the inverse square law to make the light fall off quickly enough to make the desired f11 reading. Be careful of this last method as it can change the look and feel of your lighting set up.

Once you have the setup correct you set your camera to the reading from the key light, it is important to remember that the correct reading renders the light to an 18% grey level in the image so you may have to increase or decrease the aperture to get the desired contrast range. This is something that the zone system takes care of if creating black and white. 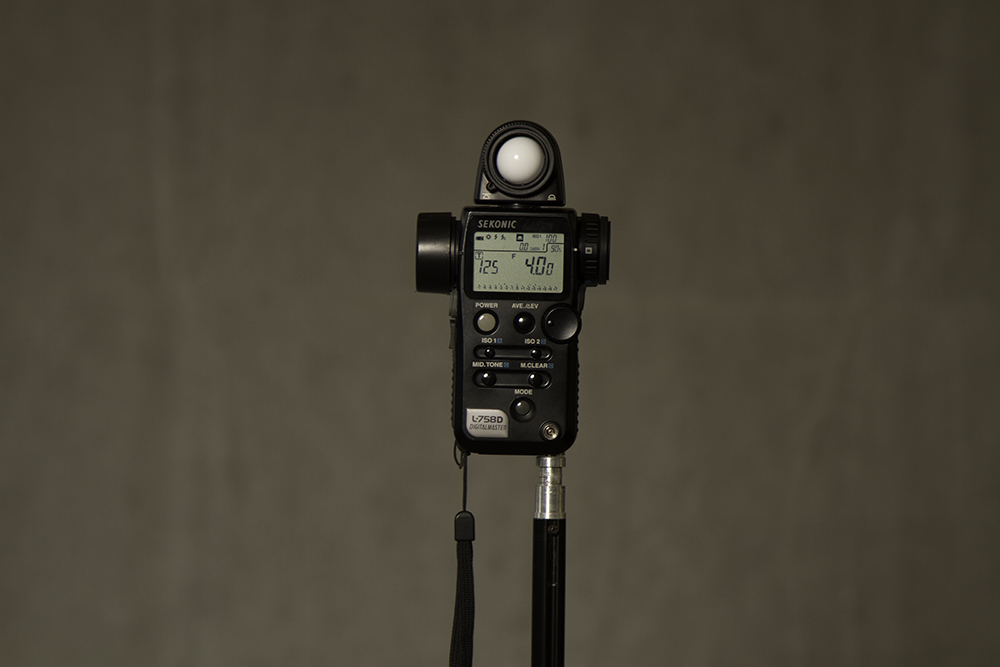