We are all photographers now

Read this blog about the New York Post’s image of a man about to be killed by a subway train. Read the details of the blog carefully and write up your own analysis of the event. Comment on the ethical decision of the commuter who took the picture. Link 6 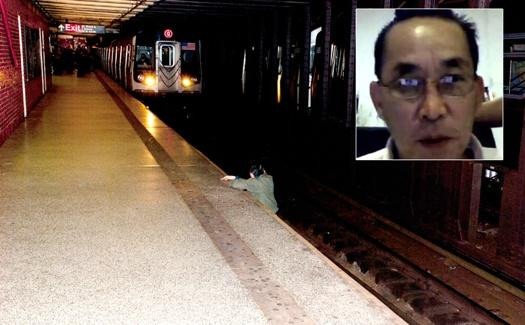 I read the article in the International Business Times then also read the original article in the New York Post. The image in question is controversial. The man was pushed onto the track a by a ‘psychopath’. The photographer was a commuter and news photographer working for the New York Post he claimed that he was firing the flashgun to attract the attention of the driver though many people have stated that this is a strange way to do that.

Who can say what goes through your head when you find yourself in this position, I suspect that like any press photographer he is trained to raise his camera in any situation the result, however, is somewhat controversial.

The public is quite vocal about the dilemma the photographer must have faced between shooting the image and helping the man off the tracks. While this is a dilemma, the truth is probably in the minimal amount of time available to offer help. I am sure the incident was probably over in a heartbeat.

Find one or two recent photographs within the public domain that you consider to be ‘controversial’ or to transgress social barriers. Write a short entry in your learning log (up to 500 words) about why you feel it is controversial. 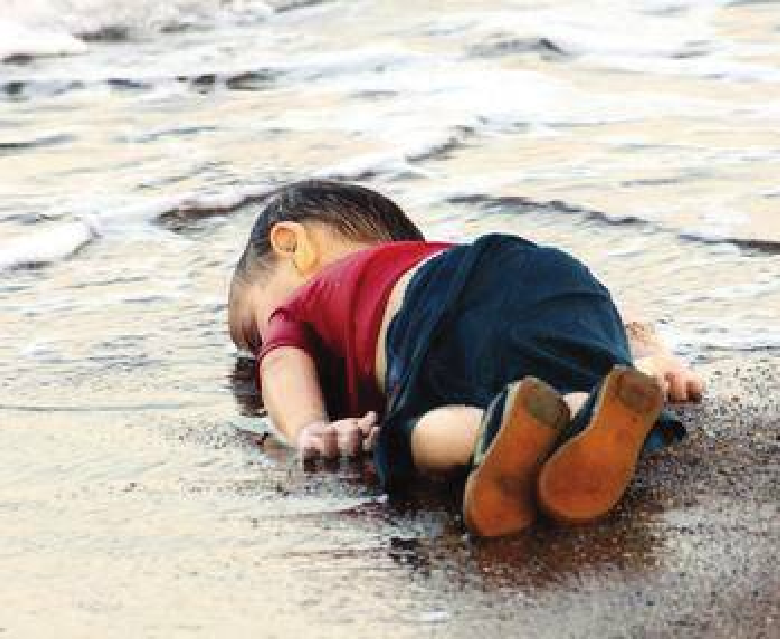 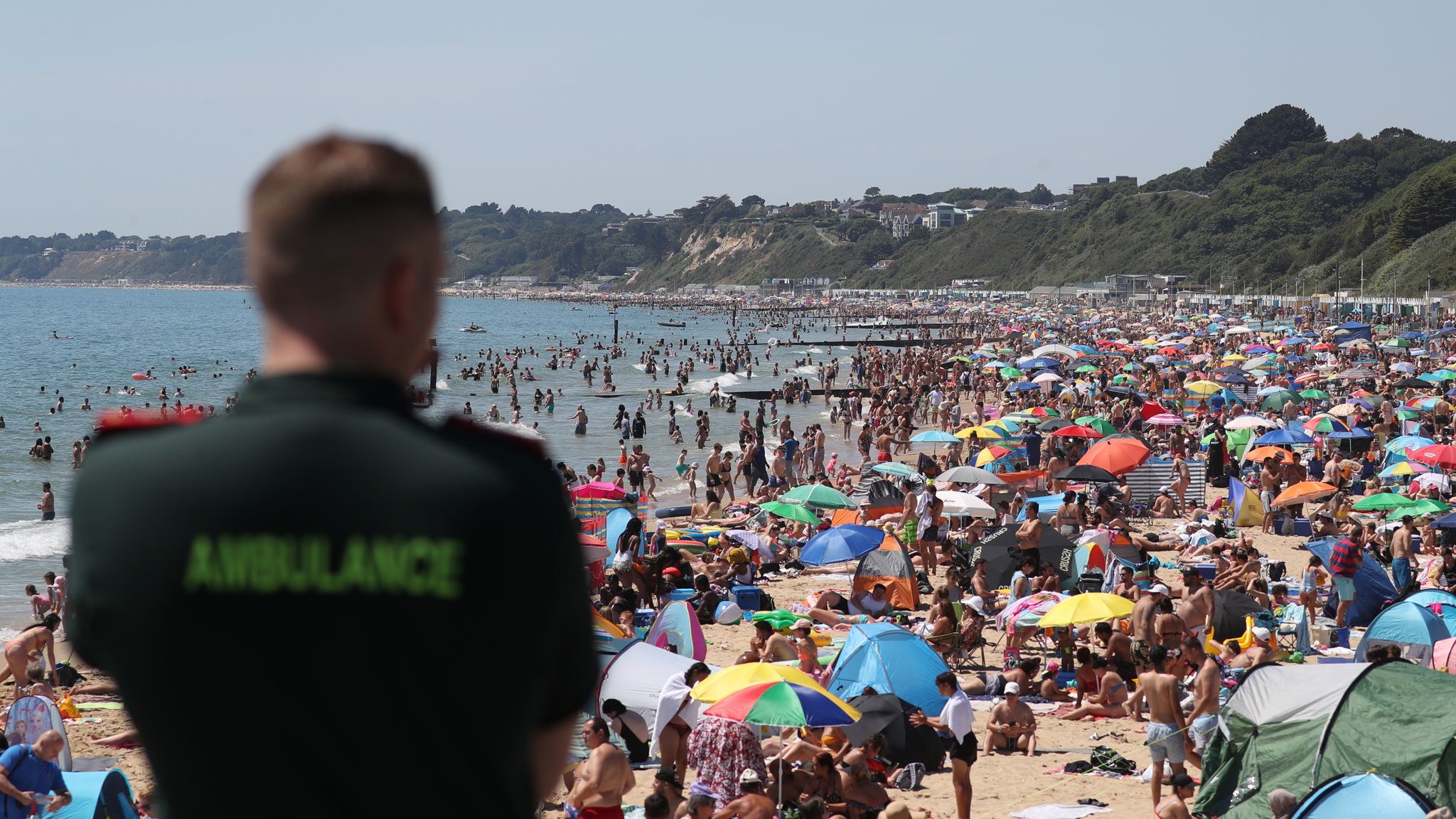 Here are two images that are controversial in my opinion and for very different reasons, in the first image a little boy is pictured drowned and dead on a beach in Turkey after falling from a boat trying to flee with the refugees from Syria. The second image is of the Complete muppets we call the English mobbing Bournemouth beach during COVID 19 lockdown.

Why do I think they are controversial? The first image crosses the social norms of niceness and offends some people who do not like to see images of dead people.

Nilufer Demir of the Dogan News Agency raised her camera and captured the horrible scene. She felt the only thing she could offer the poor little boy was the fame that came from this image at least everyone knows the name of Alan Kurdi, killed when his boat capsised, killing his brother and his mother.

The second image is controversial not because it was taken!; but because it could be taken, it highlights that as a nation we are generally stupid, people value their right to party more than the lives of the people around them, what enrages me about this image is that they are not just risking their own lives but the lives of the front line workers that will have to look after them and the vulnerable people that their actions will kill.

Look at the websites Ritchin discusses. Can you find any visual examples of ‘cubistically unmasking photo opportunities’? Look for multiple points of view around a single news event or story. Make some notes in your learning log. 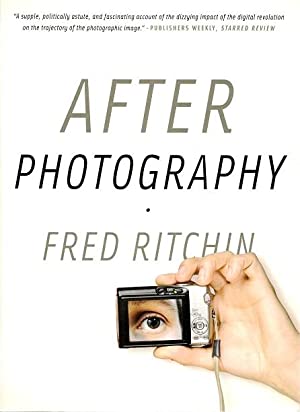 For this exercise, we were asked to read Fred Ritchin’s essay ‘Toward a Hyperphotography’. This proved to be something of a problem as the links did not work in the course material, and the new website does not see to have any of the links.

With a bit of research and some search engine wizardry, I found the article on the UCA online library. The scan was very faded and difficult to read but served the purpose. 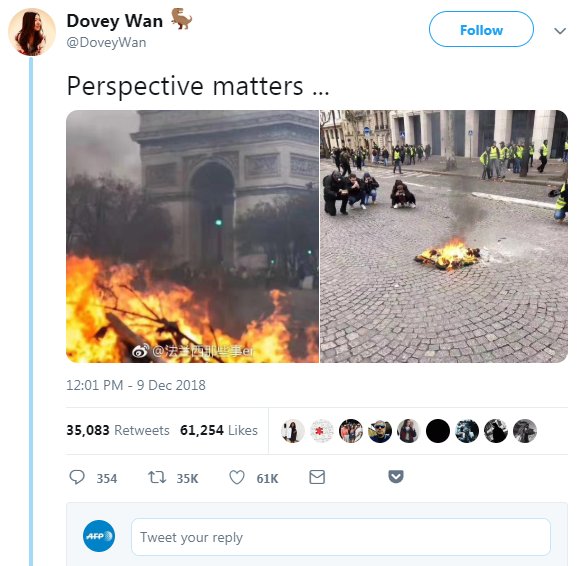 I found this twitter post debunking the Paris protest fires where perspective makes a very different image. This post went viral and caused something of a storm that has left the casual viewer not really knowing what happened. 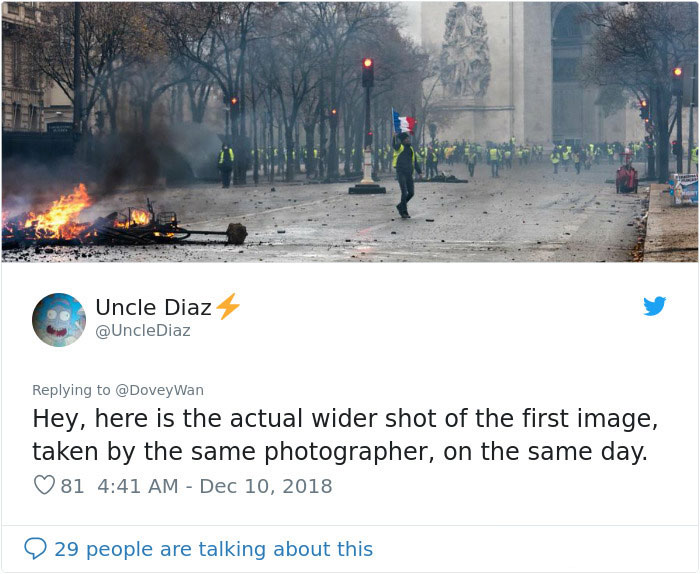 Similarly, this pair of images was used to prove that a photo of a kid sleeping near his deceased parents’ grave in Syria was in fact a staged fake. It is claimed that the boy was not even related to the people in the graves.

I was quite surprised at the storm caused In 2013 when Narciso Contreras took an image covering the war in Syria and was fired by Magnum for cloning out a video camera left on the bank next to the subject. At the time I thought this was harsh, however, the state of fake news today suggests that Magnum saw this coming.

here is a link to the write up I did on this for DPP is it fake or is it real.